Ron Hoevet is a shareholder and founding member of the firm of Hoevet Olson, PC. For more than 40 years, Ron has defended individuals and organizations under criminal investigation or charged with crimes throughout Oregon in both state and federal court. He has defended Oregonians charged with federal offenses in Washington, Idaho, California, Nevada, Wyoming and Montana. After graduating cum laude from Duke Law School in 1975, Ron began his legal career as a federal prosecutor – first, as a trial attorney in the Criminal Section of the Tax Division in the U.S. Department of Justice in Washington D.C., and then as an Assistant United States Attorney in Portland, Oregon, his hometown.

Ron is listed in Best Lawyers of America under both White Collar and Non-White Collar Criminal Defense and Bet-the-Company Litigation, and has been in Best Lawyers for more than 35 years. Ron was named the Non-White Collar Criminal Defense Lawyer of the Year in Portland for 2012 and Lawyer of the Year for Criminal Defense: White Collar in 2014. Ron also has an AV rating with Martindale Hubbell, which is the highest rating for both ability and professional standing in the legal community, and has been named as a ‘Super Lawyer.’ In 2016, Ron received the prestigious James M. Burns Federal Practice Award, which recognizes those who have improved the practice of law before the U.S. District Court of Oregon and demonstrate the highest standards of professionalism in their work.

For three decades, Ron served as a member of the Board of Directors of the Oregon Halfway House, now the Northwest Regional Re-Entry Center, a 125-bed facility housing federal offenders in Portland, Oregon.

There are not enough words to express my gratitude to Ron Hoevet, Megan McVicar and the team.

Ron’s experience and professional standing in the legal community is outstanding. His wealth of knowledge having been a federal prosecutor and now a defense attorney cannot be matched. He has been named a “Super Lawyer” and I can attest that he truly is!

Megan’s ability to take extremely complex information in and present it in a clear and concise manner is unreal. Her attention to detail while doing research is unparalleled, as is her ability prepare the information to be presented.

Ron’s partner Per Olson stepped up in a pinch when we needed it and was great.

Ann Gregory, let’s face it, attorneys cannot do great work without great paralegal/legal assistants and Ann is one of the best.   J.F. 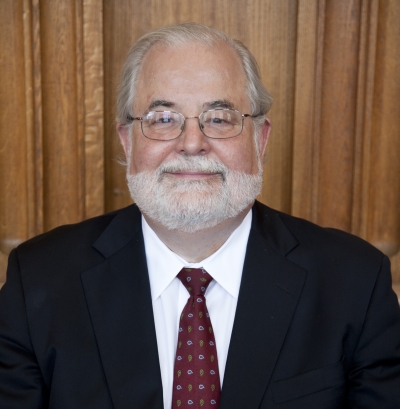 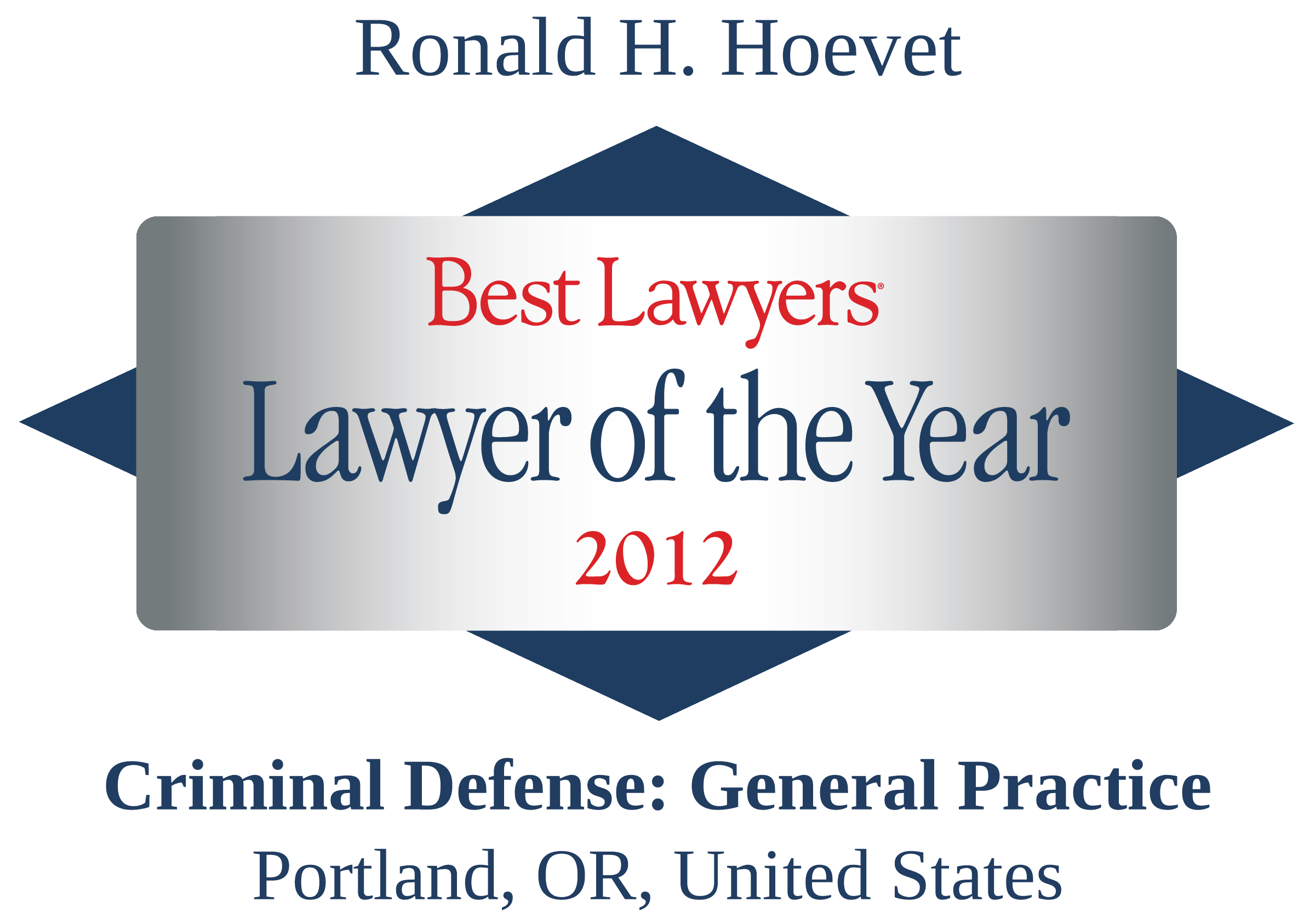 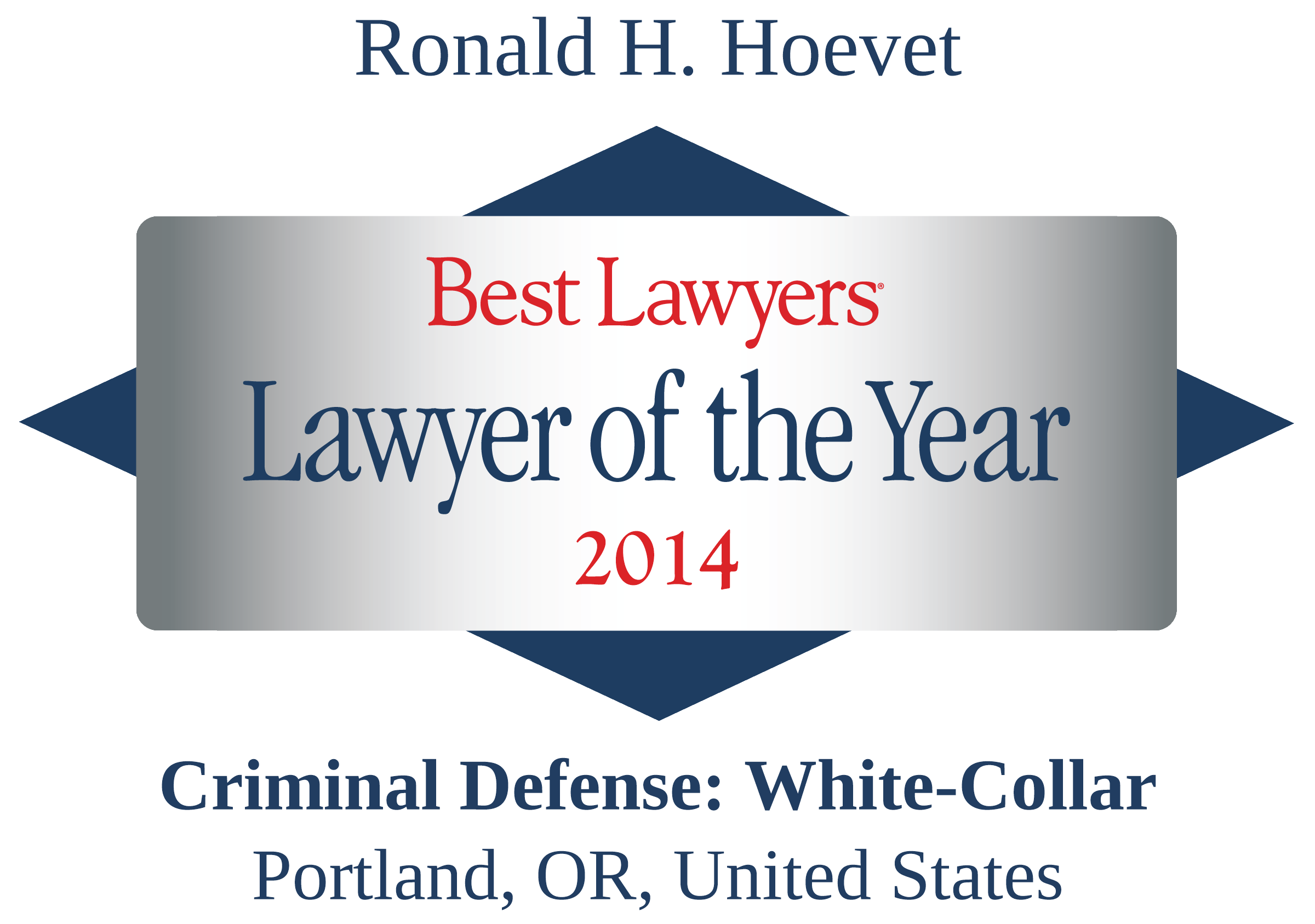